Residential refurbishment and extension to a mock-tudor 1920’s property.

This very attractive mock-tudor property was built in the 1920s, with elevations in dressed stone and half-timbering with brick infill panelling. Whilst offering generous accommodation, with particularly fine principal rooms, some of the former service areas to the rear of the property were quite antiquated for modern living. We were commissioned to address these areas and remove a 1980’s conservatory, which had become unusable, and replace them with a new Music Room, Boot Room, Utility Room and WC and shower, whilst rationalising and consequently improving the flow.

The client was keen to match the materials and the appearance of the existing house, while introducing a clearly new element. The Music Room, which was to replace the conservatory would have direct access to the large York-stone – terrace, and the new room was designed to take advantage of views across the property’s grounds. A large room, of similar generous proportions to the existing reception rooms, was to incorporate a wood-burning stove to give it a homely feel.

The new Boot Room provided a new garden entrance to this equestrian property and incorporated plenty of storage for outdoor clothing and horse-riding equipment. For added practicality, the replacement cloakroom provided a shower room. We also designed a new triple-bay garage with tack room and fuel store, as well as the refurbishment of a former Groom’s Cottage to form self-contained guest accommodation. 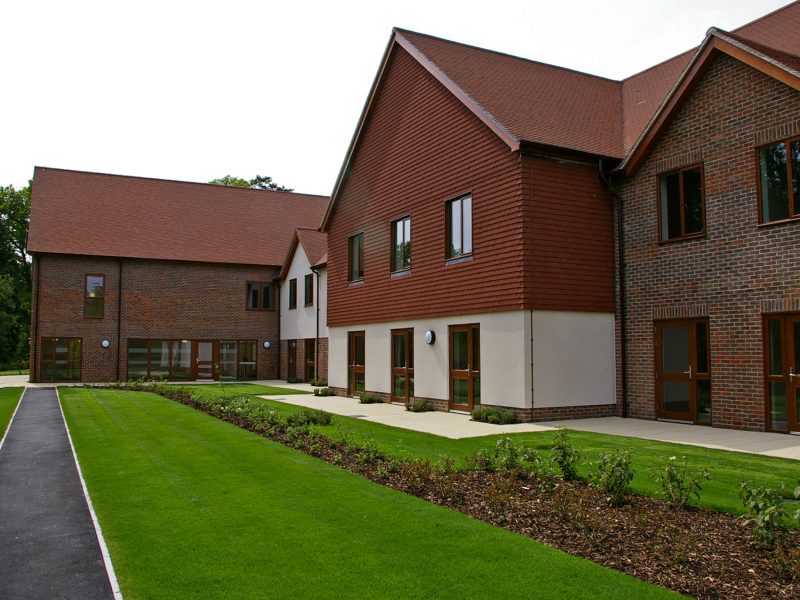 Residential Care
We use cookies to ensure that we give you the best experience on our website. If you continue to use this site we will assume that you are happy with it.Ok