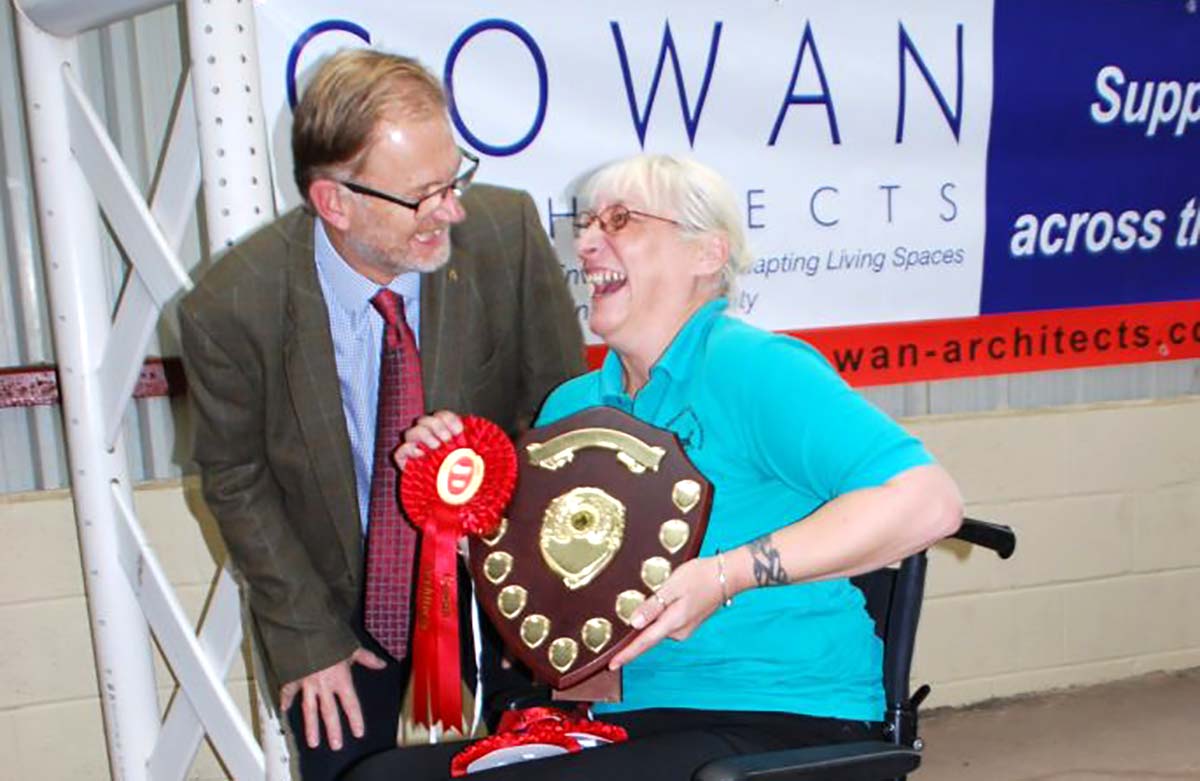 Posted at 17:48h in Corporate Responsibility by Cowan Architects
Share

Disabled, carriage drivers from the Riding for the Disabled’s South East Region met at Sands Farm, Warnham on Tuesday in the annual qualifying competition for the RDA National Championship in 2018. Drivers from across Surrey and Sussex went head-to-head in the three combined disciplines of dressage, cones and obstacles with only the top two places in the Open, Intermediate and Novice qualifing.

Josie Cyster won the Assisted Whip class driving Prince from Kipling County while Sandra Spinner of Cherry Park drove Jim to an exciting win in the Novice Whip, pipping Olivia Morris and Murphy from Stella Hancock into second place with less than a two points advantage. Amanda Hardy from Happy Landings drove the swift-as-a-flash, Flash, to a decisive win in the Intermediate Whip class against rival Paula Stapeley from Stella Hancock driving Eddie. The edge-of-the seat excitement continued in the Open Class with Tracey Spencer and Sally Scott neck and neck after the dressage, cones and first obstacle run. But Sally Scott from Kipling County was able to drive Prince with a precision that took full advantage of a tiny error made before her by Tracy Spencer from Heron’s Ghyll driving Nutmeg. The win came in with a one second margin in the last run of the day.

Phillip Mumford, Regional Sponsors, Cowan Architects, presented the awards. He was impressed by the speed and agility needed from the carriage drivers in the three disciplines.

“This has been really inspirational to see the skill and dexterity required from these incredible drivers. I’ve been amazed today”

he commented at the end of the day.

The Chairman of the RDA South East Region, Lindsay Correa gave thanks to the hard work of the team behind the scenes in putting the event together saying

“I take a lot of pride in the events that we offer to our regional members and the team work hard to make them happen. We’re also very grateful to our wonderful judges led by Sara Howe, an internationally acclaimed carriage driver and Team GB member.”.