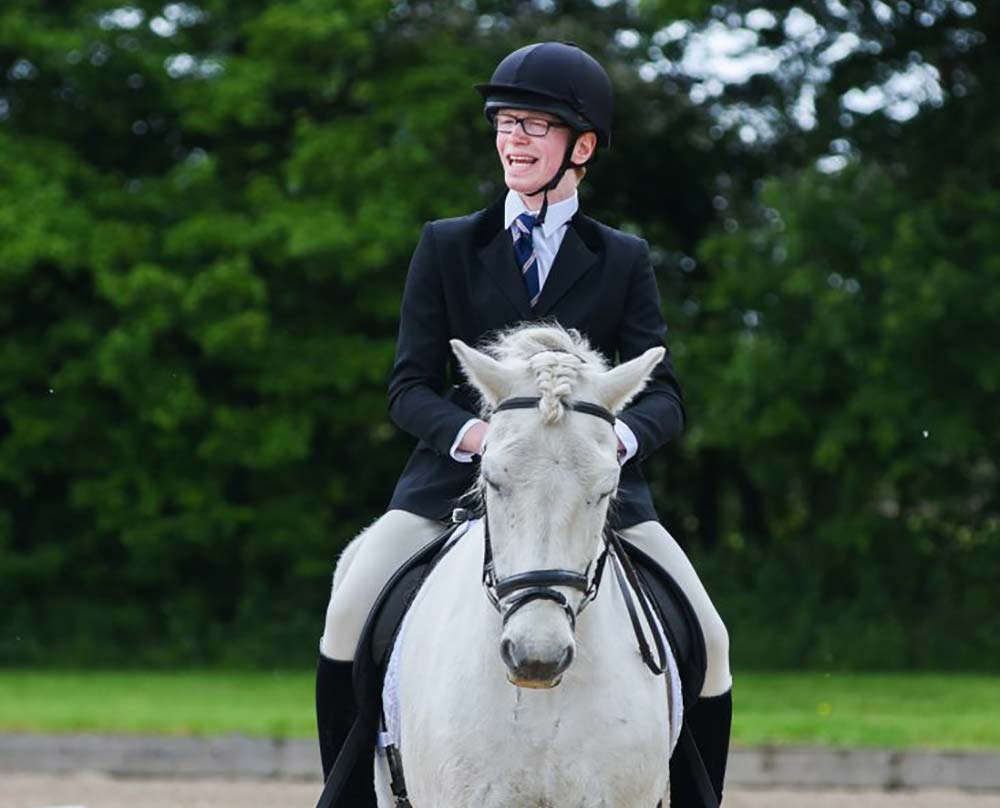 Posted at 18:13h in Corporate Responsibility by Cowan Architects
Share

The sun shone brightly for the Riding for the Disabled’s South East Region’s Dressage Qualifier which was held at Hickstead recently. During a fabulous day, riders from groups across Kent, Surrey and East & West Sussex converged on Hickstead to show off their accuracy skills in dressage riding. And while the results were being collated, the numerous entries to the annual Arts & Crafts competition were judged by local artists Bob and Pip Sampson.

There were 13 classes held across three arenas in all, of which 7 were qualifying classes for the RDA National Championships at Hartpury, Gloucestershire in July.

“Each year, the standard and passion that these riders show is exemplary. I’m amazed by what they have achieved and how much enthusiasm they have for their horses and the sport” she said.

Katie Radzik of Cobbes Meadow, Kent was a big winner, managing to qualify twice by winning two classes while brothers, Jon and Matthew Sullivan of Epsom RDA were happy to both qualify in the same class and on the same horse.

There were a couple of annual trophies presented where Hope in the Valley riders, Daisy Murray won the Rose Bowl for the Highest Led score and Lottie Mayo won the Cup for the Highest Junior Qualifying Score. Cornillo’s Sharon Kelsall was delighted to win the Astor of Hever horse trophy for the highest score in the non-qualifier classes while Matthew Sullivan, from Epsom RDA, won the tankard for having the Highest Qualifying Score.

Annabelle Groombridge from Bradbourne RDA in Kent won the individual class in the Arts & Crafts competition for her Magical Unicorn while Court Meadow (West Sussex) and East Park (East Sussex), were both winners in the group entries. All these Arts & Crafts winners will now go to the Nationals Competition in Hartpury in July.

Michelle Charman of Forelock Books, which specialises in pony story collectables for young pony mad readers, donated prizes this year for the highest place junior in each class. She was joined by actress Sue Jamieson (When the Boat Comes In, New Tricks, Grandpa in My Pocket) who is one of her authors and a supporter of RDA.

We use cookies to ensure that we give you the best experience on our website. If you continue to use this site we will assume that you are happy with it.Ok